For three years a small group of men and women met in homes to pray and learn more about the Holy Spirit working in and through them. During this time the Lord promised them a church of their own to reach out to the people of Huron. The first church service was held on September 4, 1988, at the home of Regula Kuhns, located at the Restlawn Memory Gardens on Hwy. 37 South of Huron. Rev. Ray Bingham officiated with 15 people in attendance. The following Sunday, 30 people gathered in the Symposium Room at the Crossroads.

On October 13, 1988 the church was chartered with Open Bible Standard Churches. The growing congregation continued to meet at the Crossroads until March 22, 1989 when they started meeting at the 7th Day Adventist Church on Sundays and Wednesday nights. The vision and goals established by the founders have remained the same through the years:

Rev. Mark Sargent became pastor in October 1991 with an emphasis on world missions. The old Moose Lodge was purchased and the first worship service was held in the newly renovated building on October 5, 1992 with the mortgage being burned on October 3, 1999.

In August 2006, Rev. Dean Lindstad was called to pastor the congregation. In October 2012, the church began reaching out to the community through local food giveaways. A 25th anniversary celebration was held September 28-29, 2013, with many of the founding members attending, along with past and present pastors and leaders. A community BBQ picnic was held on Saturday afternoon with special services on Saturday night and Sunday morning. Members of the original worship team led praise and worship and Pastor Ray and Kathy Bingham were special guests via SKYPE.

On September 1st, 2019, Rev. Nicholas Helkenn became the new Pastor. With a young family his goal is to train up this generation to take their place in ministry throughout the Body of Christ. Through prayer and preaching of the Word of God, new families will be trained up to revitalize the church and community. Continuing the Food Giveaway, which has become well known throughout the community will become a steppingstone to reach the lost and hurting with the love of Christ. 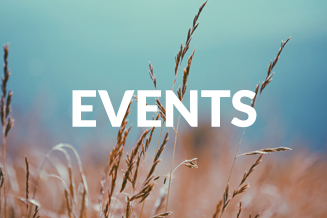